THE UK's decision to exit the European Union, or Brexit, and the resulting currency volatility continue to reverberate through liquefied natural gas markets and may change some of the trade flows between regions in coming weeks, traders have said. 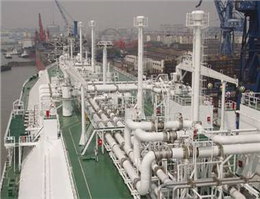 According to MANA,The wider price difference between regions has opened up the possibility for arbitrage trades and vessel owners are keen to get employment for LNG carriers if any trades do open up.
In the aftermath of the the UK’s vote to leave the European Union, the British pound sank to a record 31-year low of $1.3118 on Monday.
For the LNG market, the fall in the pound is particularly problematic because a key price benchmark called the National Balancing Point is denominated in the British currency, more specifically in pence per therm.
The NBP was initially a representative price for the British gas market but over the years its liquidity and popularity led to its wider adoption in northwest Europe.
It is now used to price the bulk of spot LNG cargoes sold to the European market, long-term supply contracts and LNG derivatives on the Intercontinental Exchange.
When news of the Brexit vote broke, LNG trading took a hit.
Singapore-based traders said that buyers and sellers pulled out of the market due to the uncertainty and bids and offers had fallen sharply as market participants tried to grapple with the implications of Brexit.
0
Visit Home
Send to friends
Print
Newsletter
Share this news