HYUNDAI Merchant Marine, which is in talks to join the 2M alliance, is expanding its services to the Middle East and expects to boost its market share in the region to 13% from the existing 8%. 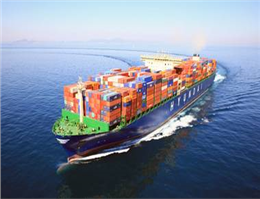 According to MANA,,The South Korean shipping line, which is set to launch its Far East-Middle East services this month, said its expected 13%share in the said market would make it the leading carrier in the trade. Its expanded services in the region follows a discussion with its major agencies in the region in June, HMM said in a statement.
To consolidate its operations in the Middle East, HMM has decided to reorganise its Korea to Middle East Service, renaming it as Korea-Middle East Express (KME) and would be introducing its China-Middle East Express service.
Under its KME service, which will take effect on July 7, HMM will deploy three 8,600 teu and three 6,800 teu. The KME service will be able to deliver cargoes two days faster than the original KMS.
For the CME service, six 4,600 teu will be used amd the transit time from Shanghai in China to Dammam, Saudi Arabia will take only 18 days, about two to three days shorter than its competitors.
HMM is also enhancing its service frequency by calling at Bandar Abbas in Iran and Jebel Ali in the UAE, the region's major ports, twice a week instead of once a week.
"HMM will continue expanding its presence in the Middle East markets," the shipping line said in its statement.
The KME service will be calling at the ports of Gwangyang-Busan(Korea)-Ningbo-Yantian(China)-Hong Kong-Port Klang(Malaysia)-Jebel Ali-Abu Dhabi(UAE)-Bandar Abbas(Iran)-Karachi(Pakistan)-