With the dust still to settle five days after the UK’s unexpected referendum vote to leave the EU, several of the country’s maritime and business bodies moved to try and restore a sense of normality yesterday. 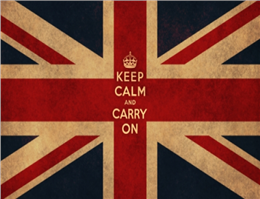 According to MANA,Seafarers’ union Nautilus International called for “calm” among British ship owners and warned against any “rash statements or pre-emptive measures.” This followed reports that Sweden’s Stena Line, which operates some ferries on the Irish Sea, is considering the possibility of re-registering its UK-flagged vessels.
Nautilus general secretary Mark Dickinson has written to the UK Chamber of Shipping asking it to “provide a clear message on behalf of British ship owners that the UK maritime industry remains open for business – with a continued commitment to… growing the national flag and regenerating the pool of British seafarers.”
Before the referendum, the Lord Mayor of the City of London, Lord Mountevans, had told Seatrade Maritime News: “if the UK were to vote to leave, the City would still be a strong financial centre with a new set of challenges that we would address.”
0
Visit Home
Send to friends
Print
Newsletter
Share this news