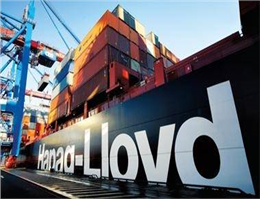 According to MANA,In the latest round of consolidation in the container shipping market Hapag-Lloyd said it had reached agreement with a UASC on a business combination agreement where all shares in UASC would become part of the German line.
No details were given on the proposed deal, but previously it had been said the discussions on the agreement were based on a valuation of the businesses of Hapag-Lloyd at 72% and UASC 28%.
Deal has been approved by Hapag-Lloyd’s supervisory board, but requires the approval of its major shareholders and the shareholders of UASC at an extraordinary general meeting on 29 June in Dubai. A previoulys planned UASC shareholder meeting was delayed from 2 June.
The news of the merger agreement comes one day after CMA CGM took over 90% control of Neptune Orient Lines (NOL) allowing it to move to delist the company from the Singapore Exchange.
0
Visit Home
Send to friends
Print
Newsletter
Share this news