Already troubled waters in the dry bulk shipping industry are expected to get rougher in 2016, a survey suggests. 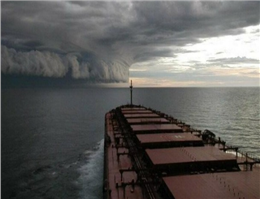 According to MANA,AlixPartners' study has found that earnings before interest, taxes, depreciation and amortization (EBITDA) of major bulker owners have collapsed from $169m to minus $115m.
The shipping analyst wrote in its June report: “Demand and supply remain woefully unbalanced, which sent pricing to historical lows in February 2016 before rebounding.
AlixPartners believes China’s economic slowdown will put pressure to demand for basic materials, and this will pose another problem for companies which have already been reporting smaller revenue figures.
Following the Brexit vote last week, shipping analysts projected that this development was more likely to hurt the dry and containership sectors.
“The beginning of 2016 was equally rough: despite a modest bounce in pricing at the end of the first quarter, the outlook for the remainder of the year remains extremely
0
Visit Home
Send to friends
Print
Newsletter
Share this news