The director of Ports and Maritime Organization announced that with the investment of the private sector,the capacity of Oil Products Storage Warehouses in Oil Port of Persian Gulf has increased. 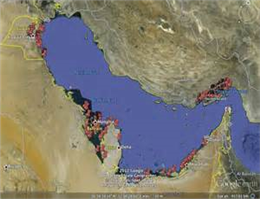 In visiting Under construction Projects of Persian Gulf Port which located at Shahid rajaee Port Special Economic Zone,Mohammad Saeeid Najad remarked: currently, with the cooperation of the private sector and Banking Supports ,the construction process of Keeping Warehouses, pipeline transportation system, fire-fighting and Wharf for docking have been put into operation.
Making a reference to increasing of the capacity of Oil Products Storage Warehouses to 1.800.000 tons from 300000 tons with the cooperation of the private sector, he added: so far, 27 corporations from the private sector have invested in Persian Gulf Oil Port with worth of 8000 Billion Rials.
According to this official figure, Mazut Oil, gasoline and tar are among the products which exported abroad from the Dock Post of this port.
Saeeid Najad asserted: in addition to embarkation and disembarkation of oil products, the bunkering to the passing vessels in Strait of Hormoz would be increased.
Referring to the major policies of Ports and Maritime Organization, Deris proposed: turning Persian Gulf Oil Port into Energy and Bunkering Hub in Persian Gulf are considered as the major policies of this organization.
He continued: since then, 50.000- tons vessels would be replaced by 7000-vessels.
Pointing out the launching Oil Star refinery in Persian Gulf, Hormozgan Province General Governor remarked: the exports of oil products has been going to expand from Persian Gulf Oil Port.
0
Visit Home
Send to friends
Print
Newsletter
Share this news