The overall confidence levels in the global shipping industry have risen slightly in the three months to May this year but still remain low, according to the latest Shipping Confidence Survey from international accountant and shipping adviser Moore Stephens. 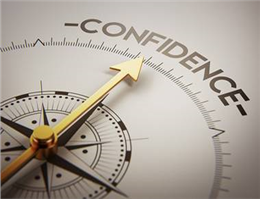 According to MANA,In May, the average confidence level expressed by respondents in the markets in which they operate was 5.1 on a scale of 1 (low) to 10 (high). While this is a slight improvement from 5 recorded in February this year, it is still the second lowest rating in the life of the survey, launched in May 2008.
On the part of shipowners, confidence level was markedly up to 5.7 from 4.8, while charterers were also slightly more optimistic with rating up to 4 from 3.9. Confidence among managers and brokers, however, was down to 5.1 from 5.5 and 4.3 from 5.1, respectively.
Many respondents commented that economic and geopolitical uncertainty was of utmost concern, along with the lingering problems of overcapacity and lack of scrapping activities.
Richard Greiner, Moore Stephens partner, Shipping Industry Group, said: “If there is one thing certain in the current shipping market, it is the level of uncertainty which is pervading all sectors at the moment. Over the three months covered by our latest survey, that uncertainty has embraced a variety of industry-specific issues, as well as geopolitical factors ranging from the UK referendum on EU membership to the comparative slowdown in the Chinese economy.
0
Visit Home
Send to friends
Print
Newsletter
Share this news