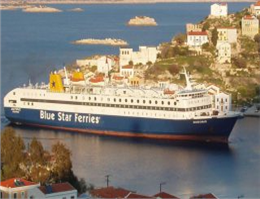 According to MANA, Attica Group will hold a 49% participation in the new company, while 51% will be held by a group of Moroccan shareholders led by BMCE Bank Of Africa Group.
The Tanger Med (Morocco) – Algeciras (Spain) route was inaugurated on June 17, 2016 with the 1988-built vessel Diagoras.
The company said that the 141-meter long ferry would be on the route by a second vessel a few days later, adding that a number of preparatory initiatives “are currently underway for the launch of additional routes between Morocco and Europe.”
The annual traffic volumes between Morocco and Europe are estimated at around 4 million passengers, 1 million private vehicles and 260,000 freight units, according to Attica.
0
Tags: shipping line
Visit Home
Send to friends
Print
Newsletter
Share this news