ClassNK is returning to Iran re-opening its Tehran office this week. 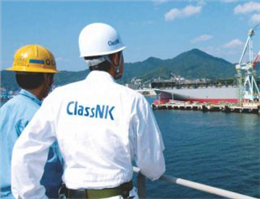 According to MANA,The office first opened in December 2009 was closed in 2012 due to sanctions against Iran. The office was re-opened on 15 June as well as agreements with the Iranian Classification Society (ICS) and Ports and Maritime Organization (PMO), Ministry of Roads & Urban Development of Iran.
In February this year it signed agreement with ICS which set out a framework for surveys and certifications for ClassNK/ICS dual-classed ships.
A another agreement is expected to be a signed with the PMO in the coming weeks that will enable ClassNK to perform statutory surveys and certifications on Iranian-flagged vessels in cooperation with Port and Flag State Control officers
0
Visit Home
Send to friends
Print
Newsletter
Share this news