Approximately 7% demand increase expected from July through December, says analyst, but with so many ships due to hit the water next year, medium- to long-term aspirations look increasingly bleak 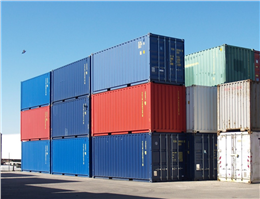 According to MANA,THE Asia-Europe container trade has been blighted by overcapacity and weak demand so far this year, resulting in unprecedented low rates, but this environment could all be about to change, according to one analyst who is forecasting demand growth of 7% for the second half of 2016.
So why the sudden change in fortune for the premier east-west route?
James Frew, a senior analyst at Maritime Strategies International, told delegates at the Container Supply Chain Conference being held at TOC Europe in Hamburg that weak demand in 2015 that transferred into the first half of 2016 was largely attributable to the inventory cycle.
“We expect to see demand growth of around 7% and that is going to contribute to a market recovery.”
“In turn this should give us some optimism that the market is going to improve in the short term.
“In 2015 it was a very challenging year on the supply side and we saw over 1.5m teu added to the fleet, whereas in 2016 we are not going to see anywhere near that level, at around 800,000 teu.”