The director of Iran’s Cooperative Aquatic Production, Farming, and Exports Union announced that thanks to the lifting of the sanctions on Iran, Iranian aquaculture products including farmed shrimps, inedible fish, tuna fish conserves, and various types of farmed fish will be exported this year to countries in 5 different continents. 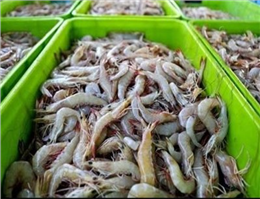 In an interview with MANA correspondent, Arsalan Ghasemi stated that the trend of aquaculture exports has been on fast track since the beginning of this year, and we do expect to witness a remarkable growth in the aquatic exports this year compared to the last year.
He added that the largest shipments of aquaculture exports last year belonged to inedible fish caught from southern waters, farmed carp fish and farmed shrimp.
He further stated that trout, tuna fish conserves and other orders of aquatic products were also among the frequently exported aquaculture products.
Post-Sanctions Era: New Opportunities ahead of Iran for Creating New Exports Markets
This authority figure of Iran’s Cooperative Aquatic Production, Farming, and Exports Union also asserted that the lifting of the sanctions has created a novel opportunity for Iranian businessmen, and they are now looking for new markets around the world to export their aquatic products.
Ghasem added that the largest shipments of aquatic exports from Iran sailed off to China and South East Asia, and stressed that his union is endeavoring to find other high-demanding customers in other corners of the world.
Stating that Iranian aquaculture products are highly competitive with products of other countries in terms of quality, Ghasemi hoped that exports markets for these products are expanded day after day.
In the end, Ghasemi considered Russia a new and demanding market for the export of different types of fish and farmed shrimp, and asserted that negotiations have been conducted and agreements have been made for such exports, which will begin from this year. In the upcoming years, he added, Iran’s aquatic exports to Russia will gradually increase, in a way that exporters could solidly choose this country as a great potential for aquatic exports in the non-distant future.
0
Visit Home
Send to friends
Print
Newsletter
Share this news