enticing employment opportunities for ethylene/liquefied petroleum gas carriers in 2017, helping to soak up tonnage and offset the stagnation of trade out of the US. 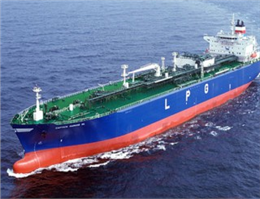 According to MANA,“I believe 2017 will be a bigger year for Iran,” said Lauritzen Kosan president Thomas Wøidemann, speaking to Lloyd’s List at the company’s Copenhagen headquarters.
Lauritzen Kosan is the gas shipping division of Danish shipowner J Lauritzen.
Specifically, “substantial” volumes of ethylene are anticipated to emerge from Iran in 2017 due to its investment in production of the petrochemical gas.
The intriguing development should lead to employment for ethylene/LPG carriers in the 8,000 cu m-12,000 cu m size range.
Iranian ethylene cargoes are likely to be hauled to both Europe and Asia, and are likely to be cheaper than others due to the relative ease of Iranian production.
Ethylene is used in the petrochemical industry to make plastics.
The development will be welcomed by a shipping sector burdened by vessel overcapacity.