ReCAAP had good news for maritime security in its May report released Wednesday: 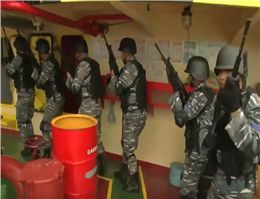 According to MANA, only eight incidents of piracy and armed robbery against ships were reported in Asia for the month, down 65 percent from May last year. For the year to date, only 38 incidents were reported – the lowest count for January to May since 2011 and down by half over the same period in 2015, when 87 total incidents were recorded.
Only one hijacking and attempted cargo theft occurred in the region for the month, the boarding of the product tanker Hai Soon 12 – the first tanker hijacking in Southeast Asia since August – and it was quickly thwarted.
0
Visit Home
Send to friends
Print
Newsletter
Share this news