160 sunken vessels, so far, have been salvaged from Arvand international waterway and Kroon river, the plan for salvaging 39 sunken vessels in Arvand river with the credit fund over 625 billion Rials is under investigation as well. 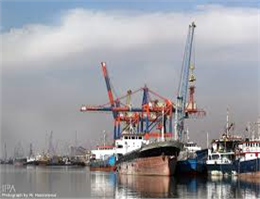 In an interview with MANA reporter, The director of Khorramshahr ports and Maritime Organization stated: pursuing issues related to Arvand river in the sectors which require mutual collaboration between Iran and Iraq,(dredging Arvand, salvaging sunken vessels in the middle of waterway) are on the agenda.
He remarked: we have managed to salvage 160 sunken vessels from Arvand international waterway and Karoon river, he added, salvaging 35 and 125 vessels were from Arvand river and Karoon river, respectively.
Regarding the active terminals of Khorramshahr port , Deris remarked: this port, currently, possesses five active terminals including container terminal, cargo terminal and oil terminal which is responsible for transiting oil products from Kurdistan to Persian Gulf countries.
He asserted: utilizing the potential of Arvand Trade-Industrial Free Zone and enjoying the unique merits of this region, Khorramshahr port is fully prepared to attract the investor in related fields.
The director of Khorramshahr Ports and Maritime Organization remarked: the annual statistic indicate that Khorramshahr port witnessed the embarkation and disembarkation of 2 million tons of goods. he added, the process of building and equipping container terminal is under construction with the cooperation of the private sector and with establishing this terminal, the capacity of container terminal in Khorramshahr Port would rise to over 300,000 TEU.

In the end, Dris emphasized: owing to strategic position and being located in the vicinity of Iraq market, Khorramshahr port enjoys the best potential for using the capacity in the bulk goods
0
Visit Home
Send to friends
Print
Newsletter
Share this news