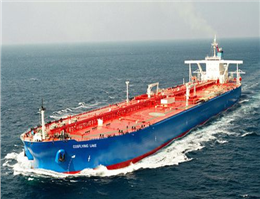 According to MANA,COSCO Shipping Energy Transportation will be the top tanker firm both by tonnage and by ship count, with 105 vessels of a combined 17 million dwt, valued at about one tenth of China COSCO's assets. It boasts some 200 domestic and overseas customers in oil and gas.
State-owned China COSCO chairman Xu Lirong said that the move would help "ensure China's energy security," and that it would serve as an example to other state-owned enterprises of the benefits of large-scale restructuring – a priority for the Chinese government given the domestic overcapacity in steel, coal, shipbuilding and shipping.
COSCO posted a loss of $14 million in the first quarter of the year, led by poor activity in shipbuilding, marine engineering and bulk chartering, and it projected that business conditions would worsen.
0
Visit Home
Send to friends
Print
Newsletter
Share this news