DP World Ltd will invest $1.2 billion to construct and operate Ecuador's first deepwater port, despite criticism of the lack of a public tender. 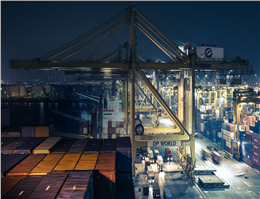 According to MANA,The Dubai-based company signed a contract on Monday to develop, construct facilities and offer services at the Port of Posorja for a period of 50 years.
"For the country, the work represents $1.2 billion in investment, making this one of the most important foreign investments Ecuador has received," President Rafael Correa said during the signing of the contract.
"The deepwater port of Posorja will have a fundamental impact on the competitiveness of the country," he added.
The government negotiated the contract directly with DP World. Critics said the contract should have been awarded via a public tender, given the magnitude of the project.
The port is projected to move an average of 2.5 million containers a year, according to local media.
Ecuador has four international ports but this will be its first deepwater port
0
Visit Home
Send to friends
Print
Newsletter
Share this news