Managing Director of the Islamic Republic of Iran Shipping Lines (IRISL) Mohammad Saeedi said the country plans to launch a regular shipping line to Japan in the near future. 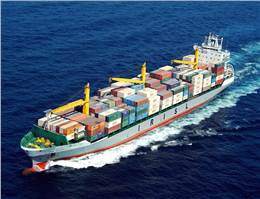 According to MANA correspondent, In a meeting with senior directors of IRISL and managing director of Securities and Exchange Organization (SEO), managing director and head of board of directors of IRISL, Dr. Saeedi, explained the company’s condition.
Describing the sanction’s era, Dr. Saeedi stated: “western countries believed that sanctions could have blocked the main trade stream. As a result, they limited IRISL’s operations”.
Referring to the high pressure of sanctions on IRISL at the beginning and the blockage of international relations of IRISL with other countries, Dr. Saeedi said that IRISL could improve its situation during the sanctions due to its rich and mighty manpower.
Considering the situation, He added that IRISL is called the most beneficial company and it could quickly return to its previous situation due to the required programs and plans that have been formed three months earlier than the sanctions started.
Referring to the only active East Asia- Bandar Abbas line during the sanctions, he said that lifting the sanctions led to a develop in this line in a way that South Korea, Singapore and china’s lines are regularly active now. “We hope the shipping line toward Japan will be soon launched. Meanwhile, with the removal of the sanctions we could revive the Europe line. Today, we are proud of declaring that the regular operation of this line is in progress”, he asserted.
Launching Europe line helped Iranian traders to transfer the goods through Europe line and it reduced the amount of money they paid to the dealers to reach their goals.
Referring to the most important problem of ship insurance, he emphasized that IRISL paved the ground through negotiations with London International P& I Club. “Also, we could address the requirements of entering the realm of international ports of Europe and America regarding the ranking”, he added.
This official figure continued: sanctions made Iran to provide the significant added value. Moreover, it overcome 90 percent of the problems and the remained 10 percent will be solved in the near future.
“IRISL is top in Iran and I can explicitly say it has not any rival. While we are competing with foreign counterparts and try to protect the company’s name and brand, we are negotiating at the same time in order to join one of the foreign investment markets. To approach this level we need strong support from SEO”, he said.
0
Visit Home
Send to friends
Print
Newsletter
Share this news