May 29 DP World has reached an agreement to manage the Berbera port in Somaliland, which would allow it to become a major hub for goods to transit to and from the Horn of Africa, the Wall Street Journal reported on Sunday. 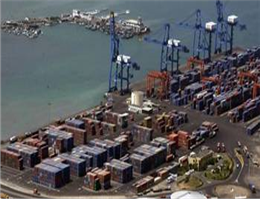 According to MANA,Under the terms of the deal, the newspaper citing a person who has seen the document, Somaliland will grant the Dubai-based company the right to manage the Red Sea port of Berbera for 30 years.
A year ago, the territory's foreign minister, Mohamed Behi Yonis, said it was in talks with DP World, France's Bollore and Geneva-based Mediterranean Shipping Company to select a partner to develop and manage the Berbera port.
Somaliland broke away from Somalia in 1991 but is not internationally recognized.
Somaliland's neighbor, Ethiopia, lost direct sea access in 1993 when Eritrea gained independence after a three-decade civil war. It is heavily reliant on the port of Djibouti.
DP World said on Sunday it valued the project at $442 million, but said it would be a phased investment and depended on port volumes, according to the Wall Street Journal.
0
Visit Home
Send to friends
Print
Newsletter
Share this news