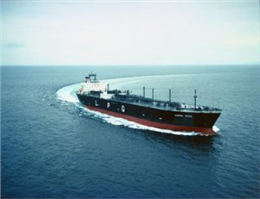 According to MANA, the two 84,000 cbm newbuilds are slated for delivery in January, 2019 and are priced at USD 75 million each, according to the data provided by VesselsValue.
NYK Line already has one 165, 000 cbm LNG carrier on order at JMU to be delivered in August 2017.
The latest order brings JMU’s orderbook to 12 ships, including three capesizes, 2 Panamax bulkers, one suezmax tanker, two VLGCs and four LNG carriers.
The Japanese shipping company boasts a fleet of over 200 vessels, the most prevalent being bulkers (97 units), with ten LNG and four LPG carriers.
0
Visit Home
Send to friends
Print
Newsletter
Share this news