Freight rates for shipping containers from ports in Asia to Northern Europe jumped 37 percent to $720 per 20-foot container (TEU) in the week ending on Friday, a person with access to data from the Shanghai Containerized Freight Index told Reuters. 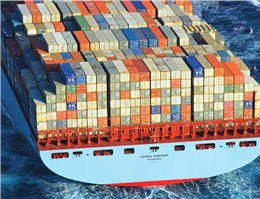 According to MANA,The rise in freight rates on the world's busiest route came after major container shipping companies started to implement earlier announced price hikes around June 1.
The shipping industry has been battling overcapacity linked to a glut of new vessels ordered during a boom period before the global financial crisis of 2007-2009.
In the week to Friday, container spot freight rates jumped 21.8 percent from Asia to ports in the Mediterranean.
Maersk Line, the global market leader with a market share of around 15 percent and part of Danish shipping and oil group A.P. Moller-Maersk, said earlier in May its profit in the first quarter fell 95 percent from a year earlier to $37 million due to weak demand and record low freight rates.
Maersk transports around one fifth of all containers shipped from Asia to Europe.
0
Visit Home
Send to friends
Print
Newsletter
Share this news