Bunker fuel prices have gradually firmed over the course of this year, in line with the steady climb in crude oil prices, though the slow rising fuel prices have remained at relatively affordable levels for bunker buyers. 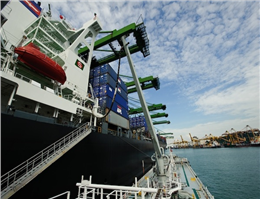 According to MANA, The global benchmark Singapore 380 cst bunker fuel grade was indicated at $226.50 per metric tonne (pmt) on Tuesday, representing a hike of 26.9% compared to $178.50 pmt indicated at the start of this year.
While bunker prices have been creeping up thus far this year, prices are still traded at a significant discount compared to the year-ago.
Bunker fuel prices have been tracing crude oil prices, where WTI crude closed at $49.22 per barrel on Tuesday, having rebounded from $44.78 on 1 May and $37.04 at the start of this year.
With the crude oil price fall appearing to have bottomed out after they collapsed to around $30 per barrel in January this year, bunker prices displayed a brief period of higher volatility between mid-January to mid-February as the market grapples to find a new price direction.
The volatility was marked by Singapore 380 cst bunker fuel indicated at $148 pmt on 20 January this year and jumping around $30 to $177.50 pmt on 29 January, before falling again by around $30 to $147.50 pmt on 11 February, Ship & Bunker data showed.
Since then, bunker prices have been generally tracking an upward direction, touching a high of $232.50 pmt so far this year on 17 May.
Singapore, the world’s largest bunker port by volume sales, has meanwhile witnessed growth by posting bunker sales of 15.93m tonnes from January to April 2016, an increase of 11.2%, according to figures from Maritime and Port Authority of Singapore (MPA).
The low bunker price environment has offered substantial savings for ship operators operating in a low earnings market due to weak freight rates. Container carriers such as Maersk Line said it paid $178 pmt on average for bunkers in the first quarter this year, half of the $358 pmt it paid in the same period of 2015.
0
Visit Home
Send to friends
Print
Newsletter
Share this news