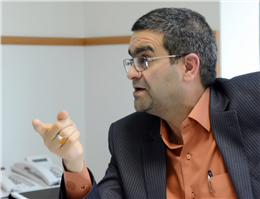 The director of Khazar Sea Shipping announced that his company witnessed a 9.7- percent ascent in Carried Tonnage in May 2016 compared to the last year.
Referring to the considerable increase in Carried Tonnage in May 2016,MANA reported, Ali Akbar Ghonji stated: 65 travels with 24 vessels and 64 travels with 23 vessels were made in May 2015 and May 2016,respectively.
He added: while May 2015 had not witnessed any chartering travel, but in May 2016,five chartering travels took place.
Making a reference to a 9.7- percent rise in Carried Tonnage in May 2016, the director of Khazar Sea Shipping remarked: the total Carried Tonnage in May 2015 and May 2016 were 188.638 tons and 206.949 tons, respectively. These figures, he added, highlight a 9.7-percent increase in Carried Tonnage.
Ghonji continued: we are witnessing a rise in Carried Tonnage, while the fleet possessed 24 vessels in 2015 and decreased to 23 vessels in 2016.
Asserting the shipping rate modification in Khazar Sea Shipping, the director of this company stated: in this month, the number of Russian vessels have increased remarkably, however, by taking shipping rate modification strategy, the Khazar Sea Shipping managed to maintain its share from the market.
Regarding the shipping rate modification and the rate of carrying export containers, Ghonji emphasized: we have managed to take a formidable step in the light of the development of exports of container cargo in the region.
Pointing out to the omitting dealers in the marketing field, he emphasized: special facilities have taken into consideration for domestic exporters. By considering competitive price, he added, Khazar Sea Shipping Company has managed to maintain its share from the market as well as ,this company is strongly determined to omit the dealers and establish a direct relationship with its top customers.
0
Visit Home
Send to friends
Print
Newsletter
Share this news