DSME to Sell Its Real Estates

Daewoo Shipbuilding & Marine Engineering (DSME) has signed a memorandum of understanding to sell its headquarters building in Seoul to Koramco as the preferred bidder at a price of KRW180bn ($151.6m), reports said. 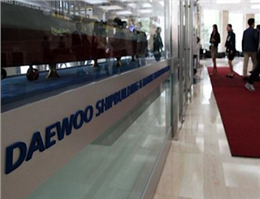 According to MANA, The sale of the headquarters building is part of the debt-ridden shipbuilder’s self-rescue measures as it attempts to stabilise its severely weakened financial position.
DSME will not vacate the building as the company will lease the property after the sale, Korea Times reported.
DSME currently occupies the entire headquarters building, but it is not expected to lease back the whole building due to cost-cutting measures, the local media reported.
Creditors of DSME are calling on the shipbuilder to continue with restructuring moves including downsizing its workforce and selling assets. DSME said earlier that it will cut its workforce by 2,300 to bring it down to around 10,000 by 2019.
Apart from selling the Seoul headquarters building, DSME has also decided to sell its real estate in Magok-dong, an industrial complex under construction in western Seoul, the news report said. The real estate has an estimated value of more than KRW200bn.
Another of DSME office building in Dangsan-dong in western Seoul has also been put up for sale for approximately KRW45bn.
DSME, which is under creditor management, is in the midst of preparing a restructuring plan to submit to Korea Development Bank (KDB) this week.
0
Visit Home
Send to friends
Print
Newsletter
Share this news