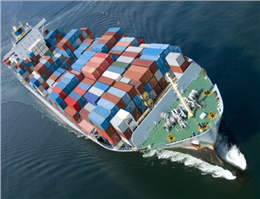 According to MANA,The new alliance will cover all East-West trade lanes Asia-Europe-Mediterranean, Asia-North America West Coast, Asia-North America East Coast, transatlantic and Asia-Middle East/Persian Gulf/Red Sea.
The lines announced that a binding agreement has been concluded by all partners and THE Alliance is scheduled to start operations in April 2017, subject to approval by all the relevant regulatory authorities. The initial term of the cooperation will be five years.
A seventh carrier, UASC, is anticipated to become part of THE Alliance as it is currently engaged in merger talks with Hapag-Lloyd, already a member of the new alliance.
With UASC potentially onboard, THE Alliance will boost a total carrying capacity of more than 4m teu. Excluding UASC for now, the six members have a combined 3.5m teu or 18% share of the global container fleet capacity, amounting to more than 620 ships.
“This agreement is a milestone and will enable the six partners of THE Alliance to offer sailing frequencies and direct coverage in the market,” member carriers said in a joint statement.
“The unique product will feature enhanced port coverage in Asia, North America, Europe including the Mediterranean as well as Middle East. The network of THE Alliance will ensure frequent sailings, high reliability and very attractive transit times for all shippers in the East-West trade lanes.”
All three leading Japanese lines, K Line, NYK and MOL, are part of THE Alliance. For South Korean lines, both Hanjin Shipping and HMM are facing restructuring but the former has made the team. Where this leaves HMM remains to be seen.
0
Visit Home
Send to friends
Print
Newsletter
Share this news