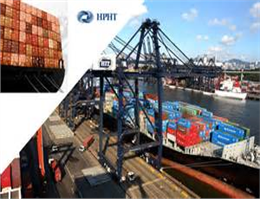 According to MANA,With its intention to enter port operations in Rotterdam — Europe’s top box port — having been known for some years, Cosco Pacific finally confirmed the deal to invest in the Maasvlakte I-based terminal.
The purchase price includes €41.4m for the stake and €84m for the attached loan.
“That port has been the base port of China Cosco Shipping in North-western Europe for a long time,” the Hong Kong-listed firm said in an exchange filing.
China Cosco Shipping, the product of a merger between Cosco Group and China Shipping group, controls Cosco Pacific via China Cosco Holdings. As of end-March, China Cosco Holdings operated 308 containerships with a total capacity of 1.6m teu.
“The board expects China Cosco Shipping to continue to deploy ultra-large container vessels to the European shipping route and call the Port of Rotterdam its major hub in the region.”
Total throughput of Euromax amounted to 2.3m teu in 2015. Its capacity will increase to 3.2m teu after the second phase expansion.
0
Visit Home
Send to friends
Print
Newsletter
Share this news