, Crude shipments from Tehran rose to 2.26m barrels per day in April, from 1.51m bpd a year earlier and the 1.68m bpd of exports recorded in March, Lloyd’s List Intelligence data showed. In January, Iran had shipped out just 1.26m bpd of crude oil. 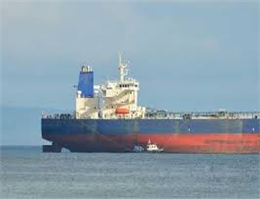 .According to MANA,At these levels, Iran has exceeded its stated objective of increasing its oil exports by 500,000 bpd in 2016, and also topped market expectations.
China maintained its top position as the largest customer with 39% of Iran’s oil exports in April, and India was the second largest buyer at around 14% although its purchases eased from March levels.
Japan accounted for 13% of Iran’s oil exports, France was at 9% and South Korea at 7.5%. Other buyers of note were Turkey, Singapore, Greece and Spain.
According to Iranian oil ministry officials, oil production levels have already risen to 3.5m bpd in April from less than 2.9m bpd at the start of this year as key oilfields raised production.
They project an oil production target of 4.0m bpd by March 2017 that will include restarting oilfields that were shut, as well as enhanced oil recovery at existing ones.
National Iranian Oil Co’s main oilfields of Ahvaz, Gachsaran and Marun have oil production in excess of 300,000 bpd.
Company executives have indicated that there is production and export upside from the smaller Soroosh-Nowruz and Doroud oilfields for immediate spot market sales.
In 2011, prior to sanctions, Iran exported 2.6m bpd of crude and condensates.

However, NITC’s remaining 17 suezmax and aframax vessels are actively trading on domestic and international routes.
.
Out of these, 22 were VLCCs, with 10 VLCCs headed to Chinese ports, five to Japan and the remainder to France, India and South Korea.
Latest loadings included the Japan-flagged VLCC Isuzugawa, which loaded at Kharg Island on May 4 for discharge at Chiba in Japan, Euronav’s France-flagged VLCC Sara, which loaded at Kharg Island on May 4 for discharge at Le Havre in France, and NITC’s VLCC Serena, which loaded at Kharg Island on May 1 for delivery in South Korea.
The bulk of NITC’s vessels in floating storage are at Asaluyeh Terminal and hence believed to be carrying mostly condensates.
In mid-April, the International Group said its members were able to provide P&I cover to members who wish to trade to and from Iran as a result of the lifting of sanctions on January 16.
Additionally, the Panama Maritime Authority has confirmed with Lloyd’s List that it can accept vessels and ownership companies from Iran, and had issued a circular to this effect as early as January this year.
0
Visit Home
Send to friends
Print
Newsletter
Share this news