The Disney Fantasy, a cruise ship owned and operated by Disney Cruise Line, part of The Walt Disney Company, rescued three people clinging to a capsized boat near Cuba late last week who turned out to be fugitives. 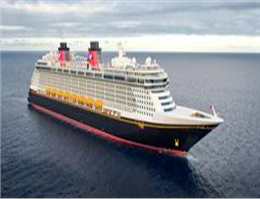 According to MANA,The three were rescued by the Disney cruise liner and turned over to the U.S. Coast Guard, who discovered upon fingerprint analysis that two of the individuals had outstanding arrest warrants in New Orleans, according to U.S. Marshal Amos Rojas Jr. of the Southern District of Florida.
"Only 25 miles from their homeland, the three were later turned over to authorities in Florida after the Coast Guard discovered they were wanted fugitives," say local news and media.
Luis Rivera-Garcia, 26, Juliet Estrada-Perez, 23, and Enrique Gonzalez-Torres, 23, were wanted for violating their supervised release on federal credit card fraud charges in Louisiana, according the U.S. Marshals Service. The three are Cuban nationals who had been living in the United States, authorities said.
Cuba is a common destination for would-be fugitives as the government does not send their citizens back to the US to face prosecution.
0
Visit Home
Send to friends
Print
Newsletter
Share this news