DP WORLD has signed two separate concession agreements with the government of Cyprus. 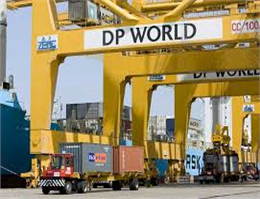 According to MANA The agreements will see the UAE-based ports and terminals operator take on a 25-year concession to operate a multipurpose terminal, and a 15-year concession to provide port services, including tugs and pilotage at Limassol.
Both will be awarded to a joint venture between DP World and GAP Vassilopoulos, a logistics company listed on the Cyprus Stock Exchange. DP World will hold a 75% stake in each joint venture, as well as the management rights.
The multipurpose terminal at Limassol handles break-bulk, general cargo, ro-ro and the operation of the passenger terminal. The service contract has been awarded to P&O Maritime Cyprus, a wholly owned subsidiary of DP World.
DP World chairman and chief executive Sultan Ahmed Bin Sulayem said he believed in the long-term prospects for Cyprus and DP World’s ability to maximise the port's potential.
The Cyprus Port Authority will continue to operate the port during a transition phase while DP World and P&O Maritime Services prepare to take it over. The takeover date of both concessions is expected to be January 2017.
Trade between Dubai and Cyprus reached Dirham325m ($88m) in 2014 and stood at Dirham261m in the first nine months of 2016.