The hijacked tug Massive 6 has been returned to its owner, Highline Shipping Sdn. Bhd on April 12, according to the Indonesian Ministry of Foreign Affairs. 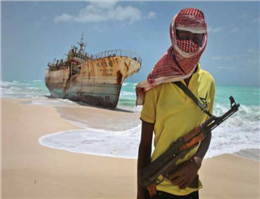 According to MANA, The four kidnapped Malaysian crew members are reportedly still held captive by the pirates, believed to be Filipino Muslim militants, members of the Abu Sayyaf group.
The tug was taken on April 1 while it was under way some 17 nautical miles East of Pulau Sipadan, Sabah, Malaysia, by eight armed pirates in a speed boat.
At the time of the incident, the tug was towing a barge loaded with 7,500 tons of coal.
Highline Shipping Sdn. Bhd replaced the four abducted crew members with four Indonesia crew.
This was the second attack reported on a tug in the last month.
Namely, the Indonesian tug Brahma 12 and the Anand 12 barge were boarded by pirates on March 26 while the vessels were in Philippine waters.
The pirates kidnapped 10 crew members, still being held captive with their whereabouts unknown.
0
Visit Home
Send to friends
Print
Newsletter
Share this news