THE National Shipping Company of Saudi Arabia said on Sunday that it had inked a Murabaha Facility Agreement with Riyad Bank over the weekend to fund an order for five very large crude carriers it made with Hyundai Samho Heavy Industries. 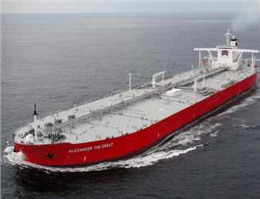 According to MANA,Under the agreement, Bahri will have access to about SR1.4bn ($380m) in financing over a period of 10 years and six months including a maximum two-year grace repayment period.
The five VLCC newbuildings will be mortgaged to the bank as collateral.
Murabaha is a type of Islamic loan where no interest or late penalties can be charged.
Bahri in May 2015 signed agreements with Hyundai Samho to construct the five VLCCs with an option for an additional five vessels.
The five ships are due for delivery over 2017.
The company in February this year had purchased the 2011-built 318,000 dwt Hanjin Ras Tanura from Hanjin Shipping for $75m, with the ship delivered in March.
Bahri said its net profit for the quarter ended December 31, 2015 jumped 359.3% year on year to SR566.9m compared with SR123.4m in the year-ago period as it added more ships to its fleet.
0
Visit Home
Send to friends
Print
Newsletter
Share this news