Reforms are part of the Economic Policy Package XI unveiled by the government to ramp up growth in Indonesia. 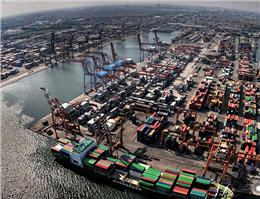 According to MANA,THE Indonesian government has announced measures to help cut the time needed for imports to be processed by customs at local ports.
Indonesia’s Co-ordinating Ministry for Economic Affairs noted certain procedures, such as licensing of exports and imports, differing criteria for customs inspections and inconsistent risk management processes, were some of the key obstacles faced in customs clearance.
Therefore it now requires all customs permits to be processed through the Indonesia National Single Window web portal, which functions as the country’s national trade repository, as opposed to through the various government agencies with authority at ports.
It has also placed the Indonesia Single Risk Management application in the portal to consolidate information regarding risk profiles for import-export activities.
With the measures, the government is looking to cut customs clearance times at Indonesian ports for pharmaceutical raw materials, food and beverages, as well as other products that require a licence from Indonesia’s National Agency of Drug and Food Control, to an average of about 3.7 days compared with 4.7 days by August 2016.
The reforms were part of the Economic Policy Package XI unveiled by the government to ramp up growth in Southeast Asia’s largest economy.
In October last year, Maersk Group and the Indonesian government agreed to an alliance that sought to enhance the maritime and economic development of the eastern Indonesian city of Bitung, identified as a strategic national transportation hub.
0
Visit Home
Send to friends
Print
Newsletter
Share this news