With overcapacity and weak demand expected to continue throughout 2016, lines will have little choice but to lay up yet more ships 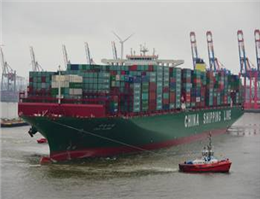 THE idle box fleet is fast approaching its highest level in years, having risen gradually over the past month, and could climb even further in the weeks ahead as the issues of overcapacity and weak demand continue.
According to the latest figures published by Lloyd’s List Intelligence, there are 324 unemployed vessels, representing 6.3% of the total containership fleet, and 4.4%, or 867,043 teu, of total containership capacity.
The number of vessels being laid up has steadily increased since the end of January and is now nearing the unprecedented level of 6.6% that remained idle for a period of more than five days in the first week of 2016, levels not seen since early 2014.
Yet today’s idle fleet would be even larger if not for the significant increase in ageing boxships being sent to the scrap yard, a trend that began towards the end of last year.
According to industry analysts Alphaliner, approximately 140,000 teu of capacity has been sent for demolition since December, with the level of shipbreaking accelerating over the past month.
For full-year 2016, Alphaliner expects to see a total of 400,000 teu of capacity broken up. However, this number falls well short of the 1.2m teu of capacity due to be delivered by shipyards during this period.
“Between fleet deletions and newbuilding deliveries, overall vessel supply is thus expected to increase by 850,000 teu for a full-year fleet growth rate of 4.3%,” said Alphaliner.
With the weak market expected to persist and global port throughput growth in 2016 expected to come in at just 1.8%, demand for vessels will remain largely insufficient to match this year’s fleet growth, Alphaliner added.
“Unlike in recent years, when carriers were able to lessen the impact of surplus capacity through extra-slow steaming, the current low fuel price has prompted shipping lines to increase average sailing speeds again, further worsening the vessel oversupply situation.”
Unless the current market fundamentals change drastically, then lines will therefore have little choice but to lay up even more vessels, and this could include an increase in the number of very large containerships and ultra large containerships, or those in the 7,500-plus teu bracket.
Lloyd's List Intelligence data shows that there are 38 vessels of this size that find themselves out of employment, including six above 13,000 teu in capacity. The largest of these is the 16,552 teu MSC Venice, which has been left idle in Jangseungpo since mid-October.
"Carriers are facing a difficult time to keep their largest ships fully employed, as weak demand on the European routes has already forced each of the four main alliances to each withdraw one Far East to north Europe string since the middle of last year," said Alphaliner.
This in turn has lead to widespread overcapacity but, put simply, the lines are now running out of room for these ships.
"Ironically, the delay in the opening of the new Panama locks still protects some trades from the ULC invasion, such as the north Europe-east Asia-US east coast trade or the Europe-west coast South America trade," said Alpahliner.
0
Tags: کانتینربر
Visit Home
Send to friends
Print
Newsletter
Share this news