<![endif]--> Thiland the Next Target of DP World

Thiland the Next Target of DP World

Dubai’s port operator DP World is exploring investment opportunities in Thailand including those in infrastructural as well as terminal developments in Laem Chabang International Terminal (LCIT). 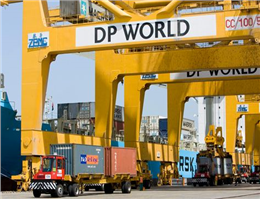 Discussions between the company’s Chairman and Taiwan’s Deputy Prime Minister Somik Jatusripitak revolved around potential investments in areas of ports, trade, shipping, and logistics industries. Among the key topics touched upon were the existing investments in Thailand and how hey can be further improved with the future developments in Laem Chabang, including a new free zone.
“The meeting is in line with the strategic orientations of DP World towards enhancing the UAE’s role regionally and internationally as a key player in ports and terminal operation. We aim to support the state’s drive to reduce reliance on oil and move towards a diversified economy,” said DP World Group’s Chairman HE Sultan Ahmed bin Sulayem.
DP World already owns 34.5% in a joint venture container terminal LCIT, located 120 km from Thailand’s capital under a joint venture project. The terminal serves as a gateway for containerized goods to and from the key Asian markets.
0
Tags: DP World
Visit Home
Send to friends
Print
Newsletter
Share this news