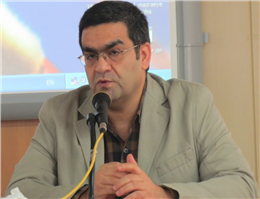 With reference to a 30-thousand-ton increase in the volume of cargo shipping in the Khazar Sea between 21 January and 19 February 2016, Aliakbar Ghonji stated to MANA reporter that the increase occurred in spite of the fact that two of the khazar Sea Shipping trade vessels were off the system, being repaired. This repair had caused a 7-thousand-ton decrease in the capacity of shipping in the Khazar Sea, yet the carried tonnage as well as the import, export and charter travels of this company increased in the aforementioned period.
The export and import travels made by khazar Sea Shipping, he added, summed to 44 journeys transporting 133 thousand tons of goods from 22 December 2015 to 20 January 2016. Moreover, 52 travels were made between 21 January and 19 February 2016, transporting 165 thousand tons of cargo.
The director of Khazar Sea Shipping referred to the recession of the market, the icing of Volga River, and the reduction of this channel's draught, and stressed that given the icing of Volga River in this month, Khazar Sea Shipping has made the fewest number of travels to Astrakhan, and it replaced this maritime route with an alternative one.
Explaining the factors that have led to the increase in cargo mass in the past two months, Ghanji counted various elements such as using Makhachkala Port and creating a fixed route, using Hovsan Port in Azerbaijan and Baku Port, increasing ties with Aktau Port to increase the pace of docking, changing ships' routes, efforts to optimize the routes, establishment of customer systems, forming a market analysis and observation committee, establishing ties with the merchants of the region, and the changes in the policy making of Khazar Sea Shipping business department.
Pointing out the efforts of Khazar Sea Shipping for establishing transportation and chartering ships, he further stated that for the first time, 5 ships were rented by this company in February 2016 for several travels. Several more ships were also rented from Iranian owners due to the increase in the cargo volume; this was a very risky decision, though. Yet, the growing concentration, close supervision, and the endeavors of the Khazar Sea Shipping staff increased the cargo load, despite the recession of the market.
The director of the khazar Sea Shipping hoped that his organization could make up for the cargo decrease in the previous year, and compensate the delay in paying out stocks' interests.
Reassuringly the cargo load increase in the upcoming months, Ghonji speculated that Khazar Sea Shipping's cargo load will reach 200,000 tons a month, and it will be stable around that figure.
Deeming a change in perspectives as a crucial variable in khazar Sea Shipping's accomplishing its goals, Ghonji expressed that accepting risks and opting for novel views are the two most significant parameters in maritime business.
In this regard, he also stated that Makhachkala Liner Route and an active representative have been identified in the region, which increases the efficiency of transportation. Other factors to do so, he added, are the inauguration of Azerbaijan and Southern Russia representatives, founding representatives in Dagestan Province and Turkmenistan, and promoting representatives in Kazakhstan.
It should not be left unmentioned that Khazar Sea Shipping imports iron, wood, and grains, and exports clinger and cement. This is happening while the exports market is not on-peak yet, and in case this market booms, khazar Sea Shipping will face low capacity issues.
0
Visit Home
Send to friends
Print
Newsletter
Share this news