MOU Signed between Iran and Oman

Port and Economic Affairs Deputy of Maritime and Port Organization stated: Salalah port enjoys a strong and prominent geographical position owing to being located in the route of Europe –Far East shipping lines. 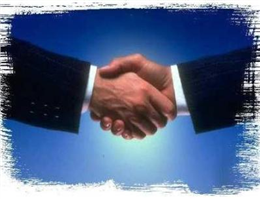 According to MANA, in order to promote the condition of Iran’s ports in the field of specialized cooperation, joint meetings held between Port and Economic Affairs Deputy of Maritime and Port Organization and Omani official figures in Muscat.
following the official invitation by Oman ‘s Secretary of trade and Secretary of transportation, the authorities of Iran’s Maritime and Port Organization paid a visit to oman. holding effective meetings with the authorities of Salalah port and visiting the capabilities and facilities of this port constitute the major programs of this trip. he further stated: a memorandum of understanding was signed between the governmental authority of Salalah Port and Shahid Rajaee -Chabahar ports in the fields of expanding mutual relationships and collaborations .
Jalil Eslami counted the achievements of this trip as fruitful and valuable, and stated: Salalah Port enjoys a strong and prominent geographical position owing to being located in the route of Europe –Far East shipping lines, this privilege led to an easy access to not only Persian Gulf but also to Red Sea, India Ocean and Far Coast of Africa.
According to a member of the board at Maritime and Port Organization, Salalah Port plays a paramount part in the economy of Oman.
Jalil Eslami said, it is hoped that signing a memorandum of understanding between Shahid Rajaee -Chabahar ports and Salalah Port in the fields of the developing trade activities, exchanging operational information, doing market research ,modernizing operational activities and improving the current situation, holding specialized trainings in the fields of Port and Maritime operations as well as exchanging and transferring existing technologies in container operator, would enhance the relationships between Iran and Oman. He continued :in the light of expanding relationships between the two countries ,it is speculated that the condition of Iranian ports would be promoted.
According to this report, Container Terminal of Salalah Port possesses seven wharf posts with the length of 2502 meter and the depth of18.5 meter .
The total area of this terminal is approximately 1.2 million tons with the capacity of 6 million TEU.this terminal also enjoys 25 Super panamax gantry ,88 cranes ,183 tractors
it should not left unmentioned that shipping companies such as Maersk Sealand, MSC, DEL, and other international shipping companies will directly dock at Salalah Port
0
Visit Home
Send to friends
Print
Newsletter
Share this news