Persian Gulf International Oceanology Conference officially commenced today with "Stable Development" as its motto, and with the orientation of introducing the historical identity of Persian Gulf. 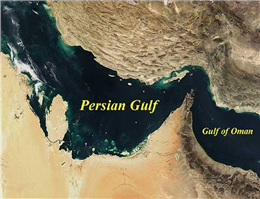 Further to the significance of Persian Gulf Region, the vice-chairman of the Third Persian Gulf International Oceanology Conference remarked that this Persian gulf is located in a strategic location, it possesses rich oil and gas resources, it is host to various and numerous interactions, it is unique and paramount environment-wise, and it enjoys second-to-none touristy opportunities. He added that this gulf is very delicate for Iranians in the light of its name, its history and its identity.
Davood Parhizkar remarked that the preservation and the protection of this water arena in only feasible through studying it academically. The science of oceanology, which covers vast scientific areas, he further stated, shoulders the duty of raising ample knowledge from Persian Gulf to aid us both at appropriate exploitation of this region and at maintaining stable development.
, the President of Iran Meteorology Organization (IRIMO) stressed that the gathering aims at investigating the historical identity of Persian Gulf as well as raising cultural awareness in this regard. He added that the gathering has created a chance for the researchers and scientists to update themselves with the most recent and cutting-edge findings in this field and to pave the way for tackling the problems of this arena.
0
Visit Home
Send to friends
Print
Newsletter
Share this news