<![endif]--> Economou predicts no recovery before 2018 as contracts vanish

Economou predicts no recovery before 2018 as contracts vanish

US-listed drilling contractor Ocean Rig this week confirmed the termination of two ultra-deepwater rigs contracts, one off West Africa and one in the Falkland Islands, both of which the owner says were axed as a matter of “convenience”. 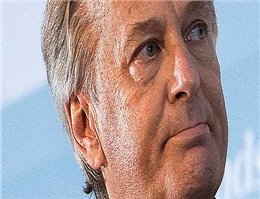 Ocean Rig chairman and chief executive George Economou described the early contract cancellations as another sign of the severity of today’s offshore downturn.
“It is really regrettable that two of our clients have decided to terminate drilling contracts for convenience,” said Economou. “This is a reminder of the extremely challenging times facing the offshore drilling industry and oil companies taking unprecedented action to reduce their capital expenditures. The prospects for the industry remain bleak and we currently see limited prospects of a recovery before 2018 at the earliest.”
Total E&P Congo has terminated the contract in Congo on the 12,000-ft drillship Ocean Rig Apollo (built 2015), which was set to run until early 2018. Rig sources put the lost rate at an average of about $590,000 per day.
Ocean Rig says it is entitled to claim a termination fee, which varies from 50% to 95% of the operating daily rate and will be payable over the balance of the contract.
At the same time, the drilling contractor says it is able to claim a termination fee of up to $62.9m on the 8,200-ft semisubmersible Eirik Raude (built 2002). This is a confirmation of Premier Oil’s cancellation earlier this month of the contract off the Falkland Islands.
0
Tags: Economou
Visit Home
Send to friends
Print
Newsletter
Share this news