Based on the report released by WTO, Poolnews reported, the deputy director of Trade Promotion Organization stated that Iran's negotiations in Nairobi are progressing very well. Moreover, he asserted that Iran has prepared and update all the necessary negotiation documents, and it is fully willing and prepared to begin the joining process. 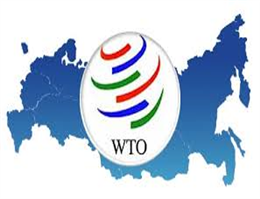 Sadeq Ziabigdeli stressed that once Iran joins WTO and the tariffs are lifted, the most crucial element of smuggling will be over, and the statistics in this regard will diminish up to a striking extent. Deeming high tariffs as a motivation for smuggling goods into the country, he stressed that smuggling figures could be drawn out of comparing exports figures of other countries to Iran and Iran's record of imported goods. According to the studies done in Iran's Center for Business Studies, higher-than-15-% tariffs are prone to cause smuggling. In fact, the higher the tariffs are, the larger the risk of smuggling gets.
The director of the Trade Plenipotentiary Representative Office, also, announced that Iran's joining WTO does not give rise to any harm to the condition of domestic business and production. The obsession that has settled on the minds regarding joining WTO's bearing harms for domestic business and trade conditions, he continued, stems from some individuals' thoughts as to eliminating joining WTO stream is the one and only way to support domestic products. Certainly, such thoughts and such style of thinking are wrong.
Ziabigdeli further asserted that the majority of the tariffs will be dropped, yet some of the most sensitive ones will fade away gradually. Meanwhile, some support packages such as tax exemption or purposeful subsidies must immediately be put in place. These packages would serve as supporting instruments to fortify domestic businesses.
Sadeq Ziabigdeli announced that the most significant factor leading to smuggling will be eliminated once Iran joins World Trade Organization (WTO) and tariffs are lifted. He speculated that Iran's joining WTO will noticeably reduce the census related to smuggled goods.
0
Visit Home
Send to friends
Print
Newsletter
Share this news