A memorandum of understanding was singed between the Bushehr Province Governor General’s Office and Bushehr Province Cultural Heritage Tourism and Handicrafts Organization (CHTHO) in order to promote maritime tourism in Persian Gulf waters. 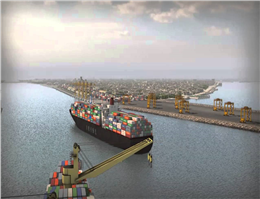 The planning and tourism development deputy of Bushehr Province( CHTHO stated to MANA reporter that Bushehr Province could potentially play an effective and colorful role in the promotion of maritime and beach tourism of this region thanks to having a large portion of Persian Gulf beaches in its territory.
Seyed Kazem Khadlinasab stressed that the CHTHO of Bushehr Province has decided to develop and promote the infrastructures of maritime tourism in this province with the collaboration of provincial authorities and absorbing financial support.
This (CHTHO) authority counted one of the most significant issues raised in this memorandum to be the efforts of Bushehr Province Governor General’s Office to organize the beach lots of the province, and to prepare the grounds for them to be utilized for touristy purposes.
Moreover, he emphasized that establishing tourism infrastructures in the shorelines of this province was another crucial issue stated in the memorandum. He further stressed that other southern provinces of Iran including Khuzestan, Hormozgan, and Sistan-Baluchestan also enjoy ample capabilities for the development of maritime tourism.
Regarding the preparation of Maritime Tourism Development Document by the Maritime Tourism Strategic Council, he submitted that the development of this document could play a paramount role in the macro-planning for the organization of Iran’s southern beaches and the establishment of necessary infrastructures on them.
He hoped that by March 2016, Iran’s Maritime Tourism Development Document will have been finalized, which will then lead to the promotion of maritime tourism in Iran’s northern and southern waters and shorelines.
0
Visit Home
Send to friends
Print
Newsletter
Share this news