MAERSK Line has shifted its Asia head office to Hong Kong from Singapore, reducing the number of regional offices to seven from eight, as part of organisational changes announced last year. 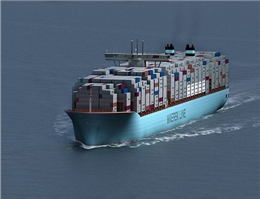 The world’s largest container shipping line said in a statement that effective January 1, it cut the number of its regional offices by merging the Asia Pacific (Southeast Asia and Oceania) and North Asia (China, Korea and Japan) regions.
The combined Asia Pacific region — with the regional head office in Hong Kong — will be headed by Robbert van Trooijen. Maersk Line said the move will enable simpler and more standardised processes, resulting in a leaner organisation with increased transparency and alignment.
Lars Mikael Jensen, who was Maersk Line’s chief executive for the Asia Pacific region, will return to the carrier’s headquarters in Copenhagen, Denmark to take up a management position within the operations department.
Mr Jensen, who will be reporting to Maersk Line’s chief operations officer Soren Toft, started in his new role on February 1.
Bo Wegener is heading Maersk Line in Southeast Asia, looking after Singapore, Malaysia, Vietnam, Thailand, Indonesia, Philippines, Cambodia and Myanmar. Mr Wegener has taken on the broader role from January 1. He was previously the country manager for Thailand and Myanmar.
“We remain committed to the Asia Pacific region and will keep serving our customers through representation in all the countries we currently do business in within the region,” the carrier said.
Maersk Line announced in November last year its plan to reduce its 23,000 land-based workforce by at least 4,000 by the end of 2017 and to postpone investments in new capacity. It decided not to exercise the previously announced option to acquire six 19,630 teu vessels and two 3,600 teu feeders, and deferred its decision on an optional eight 14,000 teu vessels
0
Visit Home
Send to friends
Print
Newsletter
Share this news