The execution contractor of the 19th phase of South Pars predicted that sour gas from this phase could enter the refinery in early February. 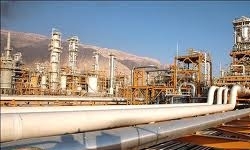 Hamidreza Masoudi announced that in the few upcoming days, the connecting pipelines between the platforms of this phase will be prepared, testes and implemented, MANA reported from Bushehr. Give the completion of the initial process units in the refinery section, he further stated, now this phase is prepared to transfer 500 million Cubic Foot of gas from the sea to land.
Moreover, he remarked that the operations for the installation of bypass pipeline of C19and SPDI platforms were completed in the course of the past month, and successfully passed all the tests.
The execution contractor for the development plan of the 19th phase of South Pars announced that the transfer of sweet gas from terrain to the sea will start within the next coming 10 days through 32-inch pipes for the purpose of pressure boost. As soon as the success of this operation is confirmed, he continued, the transfer of sour gas from SPD 2 Platform to the refinery will be commenced.
Furthermore, he announced the completion of operations for connecting the refined gas injection unit to the nation-wide network, and added that this unit is fully prepared to supply sweetened gas in winter. He speculated that they manage to send sour gas to the refinery by early February, and on this basis, the basic measures of gas refining and sweetening have taken place in the refinery
0
Visit Home
Send to friends
Print
Newsletter
Share this news