The government of India reiterated the importance it places on participating in the development of the port of Chabahar in southeastern Iran as the two countries work on agreeing to specific terms that would allow the project to commence. 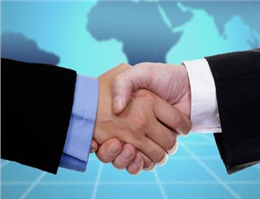 The port was high on the agenda of a Joint Commission Meeting held this week in Delhi between Iranian Minister of Economic Affairs and Finance Dr. Ali Tayyebnia and Indian Foreign Minister, Sushma Swaraj. The meeting was held to discuss the enhancement of bilateral economic cooperation in energy, infrastructure, and trade.
The two countries in May signed a memorandum of understanding on a role for India in the building and operation of cargo facilities at Chabahar. However, they have so far failed to agree on terms that would allow work to begin. Iranian officials have expressed frustration with the delay.
According to a statement from India’s Ministry of External Affairs, Swaraj said during the JCM that the connectivity afforded by India’s participation in Chabahar Port would facilitate linking Afghanistan and Central Asia with India. Iran suggested that India could mobilize funds from its private sector for the development, the statement said.
“The Iran side suggested participation of India’s public and private sectors in development of Chabahar Port and Chabahar free trade zone and in setting up industrial units in the FTZ.”
No mention was made of when work on the project would commence.
Chabahar lies on the Gulf of Oman and is the only Iran port with access to the ocean from outside of the Persian Gulf. India has a strategic interest in the port because it is easily accessed by ports on its western coast and provides direct access to Iran at a time when sanctions are expected to be eased, as well as access to Afghanistan, bypassing Pakistan.
There is disagreement around the commercial terms and scope of the project, which have been impacted by commercial negotiations between the two countries in other areas, including energy supply by Iran to India. Differences also emerged when Iranian authorities announced that a construction contract related to the port had already been awarded to Aria Badaner, an Iran company.
India’s potential participation in the construction of a rail link from Chabahar to Zahedan was also discussed at the meeting.
“The two Ministers reviewed the progress in trade and economic cooperation and a number of related matters, and discussed the possibilities in cooperation in railways, including by supply of rails, rolling stock, signaling and other works and India’s participation in Chabahar–Zahedan–Mashhad railway line,” the statement said.
0
Visit Home
Send to friends
Print
Newsletter
Share this news