US politicians have approved a measure to lift the 40-year ban on crude oil exports. 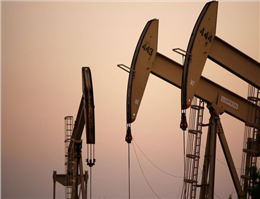 The move is part of a $1.1 trillion (£738bn) spending bill approved by the Senate on Friday that will fund the US government until 2016.
Oil prices rose on Friday following several weeks of falls, as the markets cope with a glut of crude.
US West Texas Crude gained 1.1% to $36.38 a barrel, while Brent rose 0.7% to $37.32 a barrel.
US oil producers will now be able to sell crude to the already saturated international market.
The bulk of US oil comes from shale producers. Production and exploration companies argued the ban - imposed during the Arab oil embargo in the mid-1970s - was outdated and unnecessary.
Opponents claimed that lifting the ban would lead to the loss of oil refining jobs and would be bad for the environment. As a trade-off for lifting the ban, the spending bill includes tax breaks for solar and wind power and a pledge by Republicans not to block a $500m payment to the UN Green Climate Fund.
President Obama signed the bill into law on Friday.
The global glut meant that lifting the ban was not expected to lead to significant US exports for months or even years, but could give producers extra flexibility.
George Baker, head of Producers for American Crude Oil Exports, said: "Now that we have levelled the playing field, the United States finally has an opportunity to compete and realise our nation's full potential as a global energy superpower."
Tom O'Malley, executive chairman of refiner PBF Energy, claimed that lifting the ban would lead at least one oil refinery on the US east coast to close.
"This is a crazy thing to do. Once you lift it, it's hard to reverse it," he said.
0
Visit Home
Send to friends
Print
Newsletter
Share this news