<![endif]--> A 32-Percent Hike in the Exports from Pars-E-Jonoobi Customs

The C.E.O. of the Special Economic Energy Zone (PSEEZ) stated that Pars-E-Jonoobi Customs has witnessed the export of 8.7 billion tons non-petroleum goods, and this figure highlights a 32-percent rise compared to that of the last year. 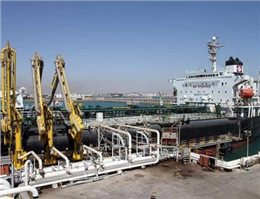 MANA correspondent from Bushehr reported that Mehdi Yousefi remarked that PSEEZ is stretched across a 30-hectre land in the east of Buhehr, which is well ready for construction. He added that Pars-E-Jonoobi is located at the coast of the Persian Gulf, and is 105 Kilometers away from Pars-E-Jonoobi Gas Field.
Referring to the fact that Special Economic Energy Zone plays a paramount role in the field of oil and gas and the industries related to them, he asserted that this zone was established in 1998 to utilize the gas in Pars-E-Jonoobi Gas Field, as well as to carry out initiate activities in the areas of oil, gas, petrochemical material, and downstream industries.
Pointing out to the volume of the resources available at Pars-E-Jonoobi Gas Field, the C.E.O. of the PSEEZ asserted that this gas field is a common field between Iran and Qatar, and it reserves 14 trillion cubic meters of gas on its Iranian side, which equals 8 % of the world gas resources and 48 % of Iran's.
Counting exports of oil and gas products from Pars-E-Jonoobi Customs as one of the main features of this free energy zone, Mehdi Yousefi emphasized that PSEEZ enjoys certain capacities that are unique. It holds the first rank in the country in the exports of non-petroleum goods.
The C.E.O. of the PSEEZ added that since March 2015, 8,727,000 tons of non-petroleum goods have been exported to other countries from Pars-E-Jonoobi Customs, which indicates rise of 32 % compared to the same period in 2014.
He believed that the main reason for the increase in exports was the launching of the new phases of Pars-E-Jonoobi to supply the main feed of chemical complexes as well as the increase in other countries' tendency to purchase products from this region.
Including the exports of the pars-E-Jonoobi condensates in his statistics, the C.E.O. of the PSEEZ added since March 2015, 15,042,000 tons of non-petroleum goods and condensates have been exported from Pars-E-Jonoobi customs, which highlights a five-percent ascent compared to the same period in 2014.
Mehdi Yousefi announced that 992,194 tons of petroleum goods and condensates were exported from October 23rd to 21st of November this year, and added that the products produced in PSEEZ are exported to 29 countries.
0
Visit Home
Send to friends
Print
Newsletter
Share this news