Makran Development Organization to Be Established 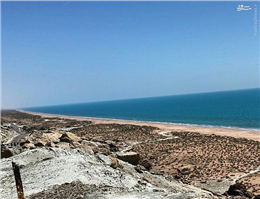 According to MANA to Tasnim's economic correspondent, the panel of the Sixth Five-Year National Development Plan has stated in its drafted bill:
In the execution of resistance economy's policies, issues such as promoting the power of resistance, reducing the country's economic vulnerability, executing the general policies of the sixth national development plan, dividing the duties and determining the national role of the regions, provinces, areas, coasts and islands of Iran, government's supporting investment in the less developed regions, the promotion of the maritime economy in the south of the country, establishing key economic zones in the beneficial fields for the purpose of utilizing the potentials of south eastern coasts, benefiting local communities, attracting local and international investors, and reducing the imbalances in different parts of the nation are raised. In the pursuit of achieving these goals, Makran Development Organization will be established as a company-style development organization to plan, execute and supervise the development plans in Makran Coasts
The statute and the geographical realm of this organization as well as its financial and trading directives would be recommended by the Management Organization and approved by the administrative cabinet at most 4 months after the sixth National Development Plan is passed.
This organization would be in charge of all the duties and activities of executive organizations, institutes, and public institutions except for security and defense organizations, judiciary institutions and foreign affairs in Makran Coasts. Moreover, this organization would be in charge of running and managing all the government properties, all the real and immovable properties belonging to executive organizations, and all the operational and under-construction plans and projects in the realm of Makran Coasts.


This territory would not fall under Iran's public rules, including rules related to tax, labor, social security, administration, recruitment, public accounting services; rather, all the activities done by real or legal people in this territory would fall under the rules of free zones and direct foreign investment.
The absorption and the offering of bank and financial loans, the determination and reception of taxes, and the initiation of any business or financial activity in this territory would occur on the basis of the directive that the administrative cabinet would approve up to 6 months after the sixth National Development Plan is passed.
0
Visit Home
Send to friends
Print
Newsletter
Share this news