In the first 8 months of this year, 778kg Caviar was produced in Mazandaran, Iran. 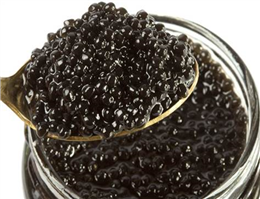 80% of the whole caviar production of Iran in the current year was produced in Mazandaran.
According to Director General of Mazandaran Fishery, in the first 8 month of this year 778kg (80%) farmed caviar out of the whole 900kg farmed caviar production of Iran, was produced in Mazandaran, Marine Times reported.
Hassan Habib Nejad valued this amount of caviar at about $700,000 and indicated that the meat of these fishes was sold out in the local markets at about 500m Toman.
The caviar produced in Mazandaran is mostly exported to European countries such as France, England and Germany, he said. "The amount of caviar produced in Iran will be more than 1 ton in this year," he said.
According to Habib Nejad, 6350 ton of fishes such as Common Carp (Cyprinus carpio), Black Sea sprat (Clupeonella Cultriventris), and fish feed was produced in the current year. "These fishes were exported to countries such as Iraq, France, Turkey, Turkmenistan, and Azerbaijan at the price of $27,000,100," he stated.
In the past few years, Iran started the project of caviar farming in brackish water and fresh water in Mazandaran with the intention of reforming the reduction of caviar in the Caspian Sea. As the project was started, fishing Sturgeon with economical purposes was banned and only for reproduction purposes were allowed.
Currently, there are 10 Sturgeon farming center in Mazandaran, which produce more than 270 thousands Sturgeon fish per a year.
0
Visit Home
Send to friends
Print
Newsletter
Share this news