"The exploitation of private sector terminals at Shahid Rajaee Port Back-up Land, before the end of this year, will add 50 hectares to the operational land of this port," said Director General of Port and Maritime Organization of Hormozgan. 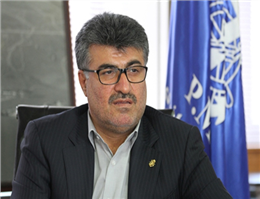 According to the Public Relations of Hormozgan PMO, the Director General of this Administration visited the latest developments of civil projects at Shahid Rajaee especial economic zone.
Ebrahim Idani emphasized on the need to accelerate the implementation of investment projects at Shahid Rajaee Port. "The projects which are being implemented will be operational in the field of oil, containership, minerals, and dangerous goods," he said.
Idani, in this visit, also met the managers of private sector firms who are investing at Shahid Rajaee Port and the contractors of the investment projects.
"Shahid Rajaee Port, as the biggest trade port of Iran, will have a crucial role in near future. Private sector investors should be committed to their commitments and exploit the projects according to the scheduled time," he stated.
Director General of PMO of Hormozgan also expressed his satisfaction about the recent investment projects of the private sector.
Idani emphasized on the necessity of experts' supervision on projects development in this field.
He said that the exploitation of the private sector terminals at Shahid Rajaee Port back-up land, before the end of this year, will add 50 hectares to the operational land of this port.
0
Visit Home
Send to friends
Print
Newsletter
Share this news