Islamic Republic of Iran Shipping Lines plans to modernize its fleet and is engaging international shipping majors to form alliances and re-enter western markets as Tehran exits a long period of sanctions that barred its vessels from calling at European and U.S. ports, the company’s chairman said Wednesday. 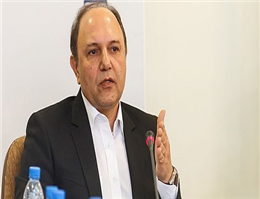 “We expect sanctions to be lifted in January under the comprehensive agreement between Iran and the West. We’ve been away for too long and our priority is to re-enter the international market,” Mohammad Saeidi told The Wall Street Journal in a rare interview on the sidelines of the Danish Maritime Days shipping conference.
Mr. Saeidi, who was formerly the deputy head of the Atomic Energy Organization of Iran, said that annual trade between Iran and the European Union amounted to $15 billion before the sanctions and that Tehran expects to reach that level within three years. He also hopes access for Iranian vessels to U.S. ports to resume for the first time since 1979 when trade between the two countries was all but suspended.IRISL, Iran’s biggest shipping operator, is one of a number of Iranian companies first sanctioned in 2008 for advancing Tehran’s nuclear program. But the firm, which manages 158 container vessels, dry bulk carriers and tankers, is expected to return to the market in early 2016 under a deal reached this year between Iran and the P5+1 group, comprising the U.S., France, Germany, the U.K., China and Russia.
‘Over the next month we will complete how many ships we need. We will then engage in talks with financiers and yards for orders.’
—Mohammad Saeidi, chairman of Islamic Republic of Iran Shipping Lines
“In the event of lifting of international sanctions, Iran will have great potential for new commercial business activity,” said Michael Storgaard, a spokesman for Copenhagen-based Maersk Line, the world’s biggest container operator in terms of capacity.
Anne Gronbjerg, Maersk’s managing director in Jordan, Kuwait and Iraq, said current overall container volumes in and out of Iran are half of what they were in 2011, before the latest wave of sanctions in 2012.
IRISL wants to grow its container fleet with giant Triple E vessels—that can move more than 18,000 containers—being the ships of choice.
“We have 41 container ships of up to 14,000 containers, but we want to join the big league and Triple Es are a priority,” Mr. Saeidi said.
Triple Es are operated by the world’s top 15 container operators, which have formed a handful of alliances that dominate the busiest ocean trade routes by sharing vessels, networks and port calls. Mr. Saeidi said IRISL wants to join one of those alliances once it secures the necessary capacity and has been touring European countries with major shipping clusters such as Greece, Germany, Cyprus, France and Denmark, to lay the groundwork.
“Over the next month we will complete how many ships we need,” he said. “We will then engage in talks with financiers and yards for orders.”
IRISL will tap Chinese banks and shipyards for new ships. Under guidance from Beijing, lenders such as China Development Bank and the Export-Import Bank of China are providing billions of dollars in loans to operators, provided that orders go to Chinese yards.
“Chinese banks never stopped doing business with Iran and Iranian orders can be the next big thing for Chinese yards. said George Xiradakis, an adviser to China Development Bank. “China lenders will facilitate such orders.”
“Trade with the U.S. all but stopped in late 1979. If the U.S. decides to open its own ports the American expertise on power generation will be vital. Our electricity production has been problematic for the past five years so we want to move on our ships products from companies like Westinghouse Electric Corp. General Electric Co. and IT equipment fromIBM as was the case before the sanctions,” he said.
“We are a market of 80 million people and our message is that Iran is once again open for business,” he concluded.
0
Visit Home
Send to friends
Print
Newsletter
Share this news