<![endif]--> European companies have Iranian advantage over US competitors

European companies have Iranian advantage over US competitors

EUROPEAN companies have a first-mover advantage over US competitors when it comes to trading with post-sanctions Iran. 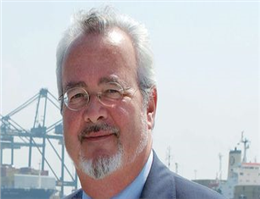 According to MANA, that is because the lifting of sanctions against Iran does not immediately include US companies, or US nationals, including those nationals working in non-US companies, a seminar for shipping professionals in London was told.
“The gap between US companies’ abilities to trade with Iran, and European competitors’ ability to trade, will widen over time, because it is the [European Union] sanctions that are being lifted, it is not the US sanctions with domestic effect,” HFW partner Daniel Martin told an industry audience.
“US persons will remain subject to all of the US rules that have applied since the 1970s and they will not be changed by this agreement.”
In comparison, EU companies will be able to trade with Iran from Implementation Day, the point at which Iran has satisfied its requirements under the Joint Comprehensive Plan of Action. There is no set date for Implementation Day under the JCPOA, but many believe it will be towards the end of the first half of 2016.
A number of European maritime interests have already held talks with, and in some cases visited, Iran to discuss possible trade post-sanctions.
In May, Iran’s Ports and Maritime Organisation announced that some shipping lines had not waited for sanctions to be waived, and had entered into negotiations with Iranian entities.
A number of news sources have since reported that seven international shipping lines have resumed calls at Shahid Rajaee, in Bandar Abbas, including Messina, CMA CGM, PIL, Evergreen and Wan Hai.
Antwerp Port sent a delegation to Iran in October and again in November. Billed as a "fact finding mission", port alderman and Port Authority chairman Marc Van Peel, petrochemical and shipping professionals met the Ports and Maritime Organisation head Mohammad Saeednejad, Islamic Republic Shipping Lines head Mohammad Saeidi, the Iranian Customs service and the Iranian Investment Organisation, as well as a number of private Iranian companies.
The delegation concluded with a visit to Shahid Rajaee port and the Queshm free trade zone
“Up until 2010 Antwerp was the largest European port destination for Iranian cargoes,” said Mr Van Peel in a press release. “In the light of the recent nuclear agreement and the raising of economic sanctions, we wanted to let the Iranians know directly that Antwerp is still the ideal hub for reaching the European hinterland.”
As well as first mover advantage, EU companies that maintained relationships with Iran longest after international sanctions were imposed were most likely to renew those relationships, according to Mr Martin.
The US will issue a number of waivers to its sanctions legislation for specific transactions post-Implementation Day including the ability of US persons to supply commercial aircraft, parts and services to Iran.
US persons will also be able to apply for licences to engage in more personal transactions with Iran in terms of buying carpets, and in terms of buying foodstuffs, said Mr Martin.
However, all other changes to US legislation will pertain to non-US persons, he said.
0
Visit Home
Send to friends
Print
Newsletter
Share this news