China and Japan will hold the fourth round of high-level consultations on maritime affairs next week, a Foreign Ministry spokesperson said on Friday. 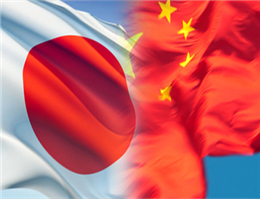 According to MANA, The high-level talks will be held from December 7 to 8 in Xiamen, a city in southeast China's Fujian Province. Officials from foreign ministries, defense ministries and other maritime affairs departments of both countries will attend the talks, spokesperson Hua Chunying said at a routine press briefing.
According to Hua, the high-level talks are a comprehensive way to coordinate and communicate between maritime affairs departments of the two countries.
"China expects both sides can share views to enhance mutual understanding and trust," Hua said.
The China-Japan high-level consultations on maritime affairs were set up in January 2012 with the first round of talks held in May of the same year in Hangzhou, capital city of east China's Zhejiang Province.
0
Tags: چین ژاپن
Visit Home
Send to friends
Print
Newsletter
Share this news